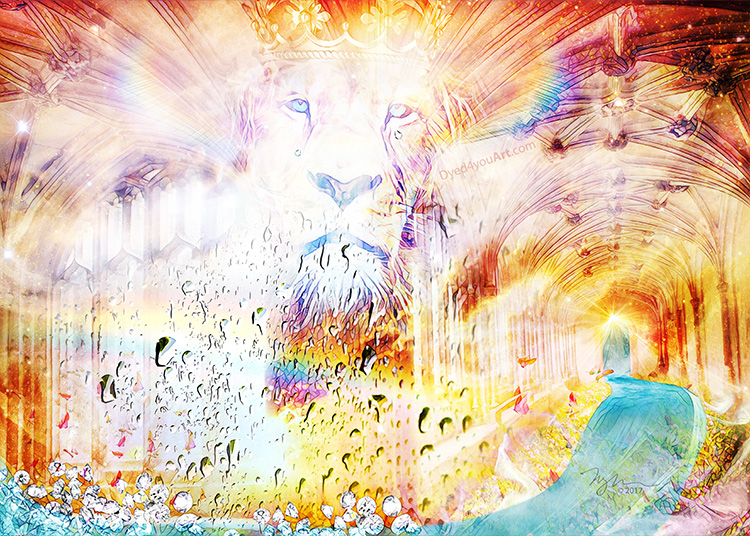 Recently, God has been taking me through a season to further cultivate a “listening heart.” I was impacted by the journey of my young friend, Stephen, who is just setting out on the road to law school. His mother told me of the mediation class he took that set him off on this journey.

She said that Stephen did very well in the roleplaying mediation sessions. This was not surprising to her considering the fact that Stephen is a natural peacemaker. When there’s conflict between people, she said, “He’s very good at listening and empathizing with all sides involved.”

Since I had just begun new spiritual training that involved “listening,” the Holy Spirit highlighted her words that day with fire. Isn’t our Divine Mediator just like Stephen? Our King is able to listen to every prayer, petition, and request in the earth and respond with fairness and justice. He does not show partiality in judgment nor does he pervert justice. Even more amazing, He is able to balance the scales of justice as a Father! He listens closely to all of His children and does not ignore one of us.

God began to stir my heart with this realization. As one who is introverted yet very nurturing, I’m naturally designed to be empathetic. I listen with my heart and pick up on subtle social cues with those around me. And as much as possible, I desire to listen with an intent to understand instead of an intent to respond.

However, my Heavenly Father began to challenge me to listen with equity in a way I never expected. He asked me to listen on a deeper level and become more attuned with the person I seemed to ironically know the least about—myself.

I began to realize how often I fail to stop to listen to my own thoughts, feelings, needs, and desires. In the name of death to self, I often dismiss the internal voice of self in favor of serving others. Without realizing it, I had learned to make certain decisions motivated by the fear of punishment instead of a love was able to encompass God, my neighbor, and myself.

While we certainly are called to emulate our Messiah by putting others first, I realized that to completely overlook any individual—even ourselves—is an injustice. By factoring myself out of every justice equation, I wasn’t being a very fair mediator. I wasn’t listening to all sides involved.

To be sovereign heirs in the Kingdom of Heaven, God calls us to rule with equity and righteousness. Now seeking to make righteous judgments that involve ourselves may seem to be a conflict of interest. However, I’ve come to see how important it is to “stop, look, and listen” in such instances. While I may not be able to completely trust myself to make an unbiased ruling, I can stop and look up to My Heavenly Father, who is on the throne. I can draw upon His counsel and listen for His wise and balanced response in every matter.

1 Kings 3:12 (EXB) I will do what you asked. I will give you wisdom and understanding [a wise and discerning/listening heart] that is greater than anyone has had in the past or will have in [will make you unlike anyone in the past or in] the future.

[ “A Listening Heart” originally posted on Waiting in the Wings, reposted in its entirety with permission.]